1- Addressing the crisis of the arbitrary detention of political prisoners in Egypt is a necessary, urgent and long overdue step. Egypt has become one of the world’s top jailers of political dissidents in recent years in terms of the number of those arbitrarily detained on political charges. “Freeing political prisoners of all backgrounds who are imprisoned or detained in the thousands for their peaceful actions” was the first on top of the list of the “<atarget=”_blank” href=”https://sites.google.com/view/egypt7steps/?fbclid=IwAR0PTtf_Glm6xUk9rJDH47dx51m–l8yIRFeY6xz7xM1WDvrrdRojpu9sSA”>First Seven Steps” initiative, launched in 2021 and signed by more than fifty civil society organizations, political parties, diaspora groups and regional and international human rights entities.

2- This proposal, submitted by a group of independent Egyptian human rights organizations, aims to avoid past mistakes in dealing with this matter or persistence of an approach that has proven its failure in clearing the positions of thousands of political prisoners since the establishment of the presidential pardon committee in 2016. This approach involved the issuance of seasonal decisions to release limited numbers of detainees every few months or years in the absence of a known mechanism, criteria, or standards for selection of those released or refusing the release of others. At the same time, new numbers of detainees held on political charges continued to be added, far exceeding the number of those released, thereby maintaining and exacerbating the crisis of political prisoners without a solution for years.

Guiding Principles:
3- The ultimate goal of any process dealing with this file must be the release of all those imprisoned on political charges, so that not a single political prisoner remains in Egypt. The mechanism established to address this matter must comply with the following four standards:

Scope of Work:
4- After the President of the Republic<atarget=”_blank” href=”https://gate.ahram.org.eg/News/3497249.aspx”> announced on April 26, “reactivating the work of the Presidential Pardon Committee, which was formed as one of the recommendations of the 2016 National Youth Congress, provided it expands its scope of work,” repeated statements were made by members of the reconstituted committee that “expanding the scope of work” indicates that the committee will continue to focus only on the “imprisoned youth” with the addition of the file of men and women imprisoned for not paying financial debts. In addition, the “pardon request”<atarget=”_blank” href=”https://linkprotect.cudasvc.com/url?a=https%3a%2f%2fegyouth.com%2far%2frelease%2f&c=E,1,edfCmrgNXtcM2U6J5uveqsgNF-wOH8itxznHkBne_De-CzPDbwLPv5Ypz_d_ho43nFCGhjzgut7O0_MEDtIz5fKtAmc3nnY4aO_JzzrT&typo=1″> form that was published on the Internet by the Presidential Pardon Committee after it was reconstituted and held its first meeting was limited to a request for “the release of young people detained in pending cases, with no judicial rulings having been issued against them.” However, this proposal considers that any approach to addressing the file of political prisoners will not be fair, equitable and effective unless it includes all those held in pretrial detention as well as those convicted on political charges, whether they are “youth”, children, minors, elderly, or those with health and humanitarian conditions, and all those currently deprived of their liberty for political reasons or charges.

Release criteria and priorities:
5- The criterion of not having committed violent crimes constitutes an appropriate basis for moving towards resolving the situation of political prisoners. But this criterion must be very precisely defined to ensure the inclusion of the thousands of prisoners of conscience who have been arrested routinely and without evidence under vague charges such as “belonging to an illegal group” or “assisting a banned group in achieving its goals”, and other broad charges, for which the Public Prosecution has no evidence, not even specifying the name or identity of that alleged group. Such charges have been used as a pretext to detain huge numbers of political prisoners in the past years, and some of them have even been sentenced on these charges without the Public Prosecution providing evidence except for “investigations” by security agencies.

6- Decisions to release political prisoners must also give urgent priority to the cases of the sick, minors and the elderly, in addition to the following priorities:

7- Giving priority to the above mentioned cases would release large numbers from prisons, after which the closure of the file of political prisoners could be completed by releasing the rest of those imprisoned or convicted on political charges that do not include involvement in acts of violence.

Mechanism of selecting prisoners for release:

8- According to what was announced by the Presidential Pardon Committee after its first meeting since its re-formation, receiving petitions from stakeholders is the only way to start looking into the case of a political prisoner, whether through the website of the Youth Conference or the Human Rights Committees of the House and Senate, or the complaints mechanism of the National Council for Human Rights, or directly to the members of the Committee. However, receiving petitions should be just one way of looking into the files of imprisoned political prisoners who have not committed violent crimes. Rather, it is necessary to proactively initiate an immediate examination of the files of all those accused in political cases without exception or delay, and based on the database already available to the concerned authorities, such as the Office of the Public Prosecutor, the Attorney General of the Supreme State Security Prosecutions, or the Military Justice Department of the Ministry of Defense.

9- Political prisoners themselves must be given the opportunity to submit requests from inside prisons for their cases to be reviewed, especially those who do not have relatives or whose relatives do not have the ability to submit petitions on the Internet or prisoners who are deprived of visits and correspondence.

10 – The fact that the role of the Pardon Committee is currently limited to receiving information and then submitting it to security agencies (according to what a number of the committee members have mentioned in media statements regarding their current method of work) means placing the fate of political prisoners in the hands of the same agencies that ordered or implemented their arrest and detention orders in the first place. Therefore, any fair, equitable and transparent process that truly aims for the release of all political prisoners must be run by an official mechanism that ensures the application of objective criteria by decisions made public as mentioned above.

11- The Pardon Committee should periodically announce the names of those released, and allow for the possibility of petitioning for a review of the rejected cases when they meet the announced objective criteria.

12- A timetable for the work of the committee must be set, including the date of the end of the process of examining the files of all political prisoners, and announcing the results to public opinion.

13- There would be no real resolution of the crisis of political prisoners in Egypt if the decisions to arrest citizens on political charges continue as is the case now. Rather, this would maintain the “revolving door” policy by which security agencies throw new detainees into prisons at the same time while releasing limited numbers of others.

14- Therefore, a serious management of the file of political prisoners in Egypt requires, from the outset, the issuance of instructions from the Public Prosecutor to all members of the public prosecution, especially the Supreme State Security Prosecution, to limit the cases of pretrial detention to the narrowest limits, where there is reasonable concern of tampering with evidence, influencing witnesses or the possibility of flight of the defendant; as well as expanding the use of alternatives to pretrial detention already stipulated in the Code of Criminal Procedure; in addition, of course, to not charging prisoners of conscience in the first place, since the constitution guarantees freedom to opinion and expression. 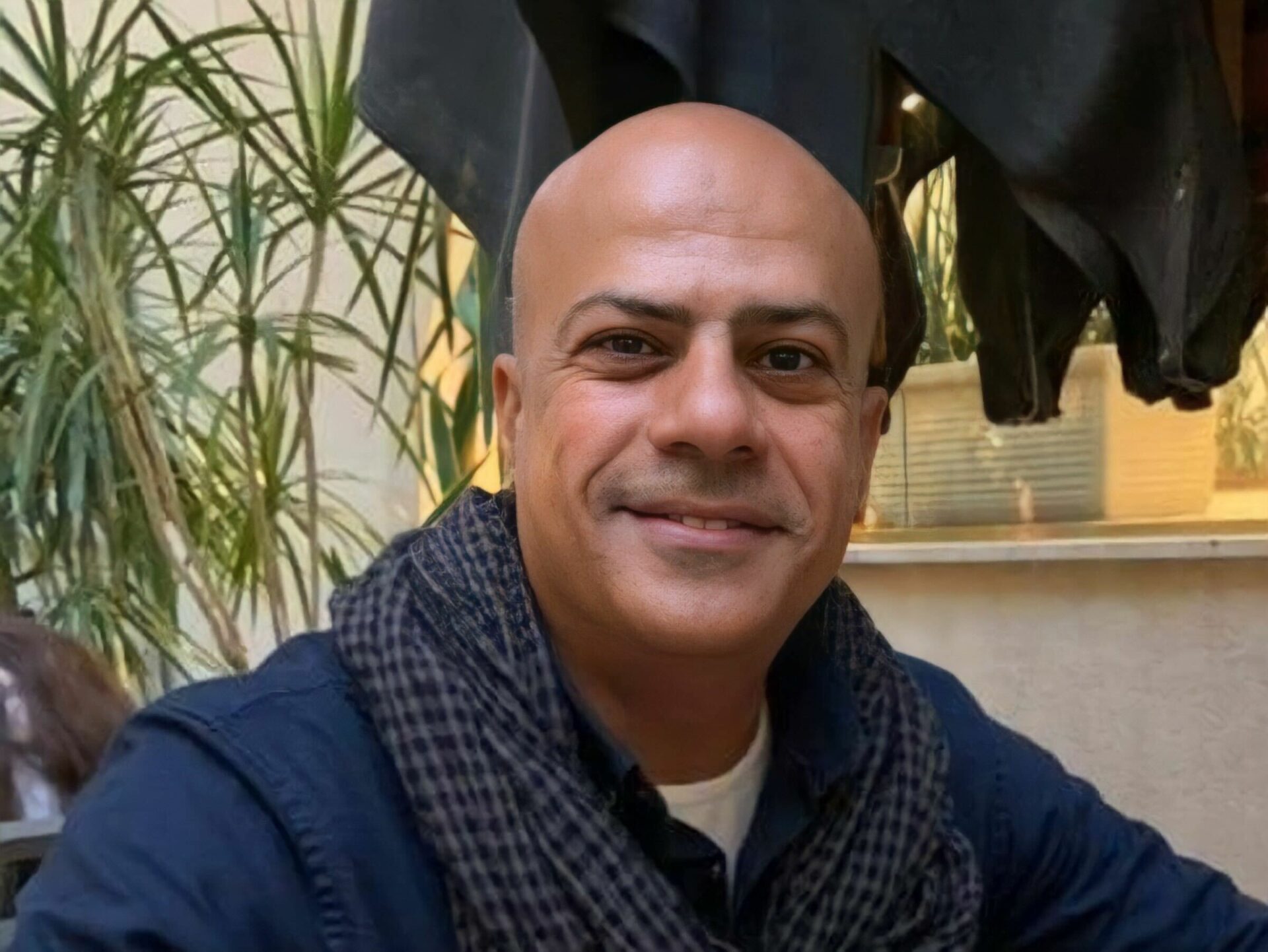