WASHINGTON, D.C. – Saudi authorities must immediately drop allegations of “disrupting public order” against U.S. citizen Carly Morris and allow her to safely return to the U.S. with her daughter, the Freedom Initiative said on Thursday.

Though Morris’ daughter only held U.S. citizenship at the time of departure, upon arrival she was immediately subject to Saudi Arabia’s repressive male guardianship laws, under which she is not permitted to exit Saudi Arabia without her father’s permission, which he has refused to grant. As Morris’ situation became more desperate, she took to social media to seek help from Saudi and U.S. government officials.

On September 15, Morris was informed by police in Buraidah that she had been summoned by the public prosecutor in Qassim for investigation. The summons noted the charge of “disrupting public order,” which has become one of the most common charges brought against individuals who speak out in a way seen as critical of the regime.

Morris must appear at the Public Prosecutor’s office in Qassim on Sunday, September 18. The summons cited Article 103 of the Law of Criminal Procedure, which permits the public prosecutor to detain an individual during investigation. This article has been cited in other cases of detained U.S. citizens. Morris reported fears that the Saudi prosecutor is seeking to put her in jail.

“Despite claims from Saudi authorities that women’s rights are improving, women of all nationalities continue to face unrelenting repression in the Kingdom,” said Bethany Al-Haidari, Saudi Case Manager at the Freedom Initiative. “The fact that this is happening to a U.S. citizen just two months after President Biden fist bumped MBS is further proof that the President’s trip emboldened the regime to increase repression.”

Under Saudi Arabia’s male guardianship laws, a woman’s father is her legal guardian until she is married, upon which her husband becomes her legal guardian. Women need permission from their male guardian in order to travel. While Morris can leave Saudi Arabia, her daughter Tala cannot, forcing Morris to choose between leaving the country or remaining with her daughter while risking arrest.

Morris reported that U.S. embassy personnel informed her that she might be able to take her daughter to prison with her. She requested US embassy personnel’s attendance with her at the public prosecutor’s office, but she reports that they have not yet agreed to attend.

“Mere weeks after President Biden traveled to Jeddah to fist bump Mohamed bin Salman, we’ve witnessed alarming developments for freedom of expression,” said Allison McManus, the Freedom Initiative’s Director of Research. “Women who have taken to Twitter to call for their rights are being prosecuted, and the lengthy sentences handed over the past weeks set a frightening precedent.”

“The US should be demanding an end to this investigation and facilitating Carly and her daughter’s return home,” she added.

In July, President Biden traveled to Jeddah, Saudi Arabia and met with Saudi Crown Prince Mohamed bin Salman despite campaign promises to make the country a “pariah.” Since then, Saudi authorities have intensified their crackdown on dissent, doling out lengthy prison sentences to human rights defenders. At least three U.S. citizens and one legal permanent resident remain trapped in Saudi Arabia under unlawful travel bans, and at least one elderly and ailing American citizen remains wrongfully imprisoned in the country. 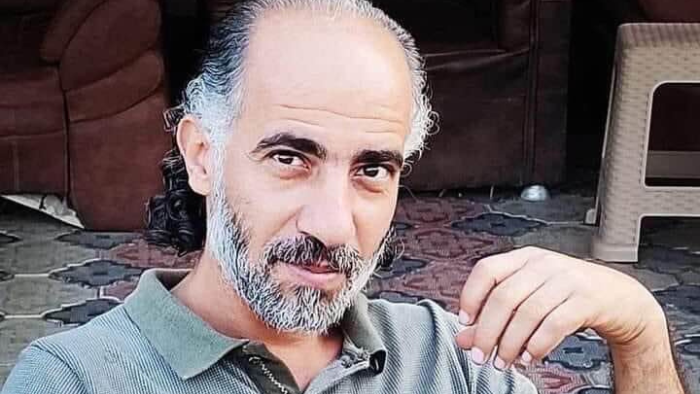